The Invention of Precision Navigational Instruments for Air and Sea Navigation

In May of 1919, eight years before Lindbergh’s famous solo flight, three small planes set out from Newfoundland headed for London in an attempt to make the first trans-Atlantic flight. Only one of them made it. Twenty-five hundred feet below on board a station tracking ship, a young navigator, Lt. Cdr. Philip Van Horn Weems, U.S. Navy, gazed up and thought there must be a safer and simpler way than using a small armada of ships as beacons for the flight.

For centuries, man had relied on the heavens, on the circling planets and the constant horizon to guide him in his travels. An accurate clock, a compass, a sextant and charts were the necessary tools for plotting a course, but these required time for computations and a place to spread out and study the charts. The timeworn system of celestial navigation was ill suited to the cockpit, but the airplane was here to stay. Lt. Cdr. Weems, a brilliant, inventive and determined young man knew as he tracked that first flight that navigation was his destiny, and he went on to revolutionize the field with his ideas, writings and inventions of navigational instruments.

The challenge he undertook was complex and involved the invention of new methods and new precision tools and navigational instruments. It required a horizon system independent of the sea horizon that was often not visible from the cockpit of a plane. Weems worked for years to develop a new kind of sextant and to find someone to manufacture it. When an accurate timepiece was needed, Weems invented the Second Setting Watch with its inner rotating dial. He produced the famous Weems Plotter, the more precise and easier-to-use plotting tool, which is still one of our most popular plotters.

All his life, Weems continued to improve navigational instruments and broaden the applications of his methods until they came to include radio astronomy, polar exploration and even space navigation. He published numerous articles and taught navigation at the Naval Academy in the 1920’s. He went on to establish his own school in Annapolis to teach The Weems System of Navigation. Charles Lindbergh studied with Weems before attempting his trans-Atlantic flight. Admiral Byrd, a classmate of Weems at the Naval Academy, came to Weems for instruction before setting out for the North Pole, as did many others.

A century earlier, Carl Plath’s company in Hamburg, Germany – C. Plath, had been manufacturing the finest commercial sextants and magnetic compasses available. C. Plath developed the first gyrocompass installed on a commercial vessel in 1913. Weems’ school for navigation had become the purveyor of Weems’ instruments. It was a natural development for Weems’ company to become the North American source for C. Plath’s fine navigational instruments; hence the alliance of two distinguished names – Weems and Plath. The exceptional workmanship that both Philip Van Horn Weems and Carl Plath required in developing the manufacturing of precision navigation instruments and tools remains at the heart of all our products today.

Today, Weems and Plath is still located in the Chesapeake Bay town of Annapolis where it began so many years ago. We are committed to supplying the world with the finest nautical products and navigational instruments available while maintaining the high standards of service that have distinguished Weems and Plath from its inception. 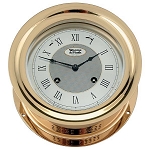 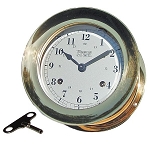 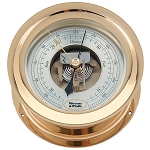 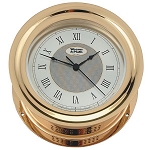 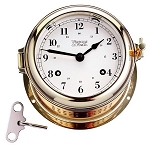 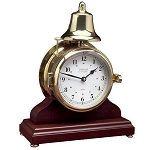 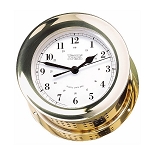 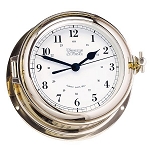